Amazon’s New World is launching tomorrow. If you’re interested in playing on the same server that @Frylock and I are, we’ll be playing in the Minda server. If you do jump on our server, be sure you’re part of The Syndicate faction so we’re all aligned the same!

For the time being, we’re not actively starting up the guild in New World, but if enough people decide to join us and play on Minda, we’ll get things rolling as Rikana in the game.

Any questions? Hit me up!

Characters have been created on NA East - Minda! We’ll be joining the Syndicate faction.

New World features one of the toughest encounters I’ve ever faced. It’s known as The Queue of Never-Ending. I’ve been fighting it all day long and I’ve never managed to down it once!

In all fairness, though, it’s a good sign for the game and from what I’ve seen/heard from those who are in the servers have been rock solid all day long. That’s more than just about any other game launch can claim!

Rikana has been formed for the Syndicate faction. Let me know if anyone wants an invite (I’m sure there are some former members who lurk on the forums from time to time!). 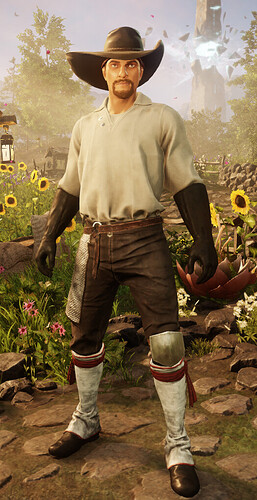