If anyone is playing Amazon’s New World MMO, I’ve created a guild on the Knot server under the Syndicate faction.

For those who aren’t playing, or haven’t heard of it, New World is a sandbox MMO that does not use a typical class system. All skills are based on your weapon type and you can allocate points however you’d like. The more you play a particular style the better you get at it.

New World has an in-depth crafting system and a player-driven economy as well. You can craft everything from weapons to armor to furniture for housing (yes, there’s a full housing system in-game!).

There are also territories to control between faction PvP, but it’s all opt-in. There seems to be a ton to do and the game is beautifully made. It’s worth checking out and might be a place where we form a guild once it officially releases next year.

Hit me up in-game (Puritii) or on here and we’ll get you invited. 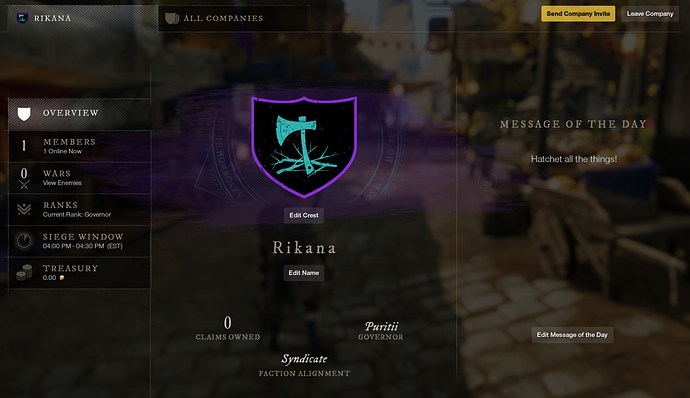